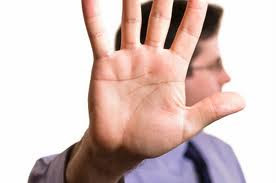 Sticking to a famous quotation stating that one should be seeking truth and accept it, no matter which source it comes from, is hard to practice and handle in our society.
It is often a miserable situation when the same clashes with people’s presumptuous and perceived mindsets and you have to prove it feeling defensive of a big offending lie. You can never, offcourse, question the lie, either way.
There are always some universal moral and ethical values that unfortunately are never understood. Our society in specific, when criticized, raise fingers on the person making him guilty of proposing something relatively considered as an alien model inspired from a foreign culture. The problem gets worsen when one has not only to spread a good view but also to defend it.
We have already rejected the ideal morals proposed by our religions, now when they are shaped as developed civilized models, we hardly find them charming on the view that they clash with our divine teachings.
In every religion and every civilized society, the purpose of promoting a societal model, whether it be through education or religious teachings, is to develop unity, tolerance, compassion and mutual respect. When it comes to mutual respect, we always find our own views more respectful and worth-dissemination, ruling out all the ethical and moral grounds which are already the base of our own views. But this fact, unfortunately, is also ignored by the disseminator’s supporters. The resulting impact of this phenomenon leads to disharmony and non-tolerance in a society.
The good is good and is inherent in a human unless completely ignored by a stubborn conscience. Instead of comparison, if compassion for analysis may be developed, a positive progress can be highly anticipated in a society.