It was quite a pleasure to watch the interesting interview of Hamid Karzai conducted by Saleem Safi on a popular private Pakistani TV network. The pleasure was to see the positive attitude of Mr. Karzai while expressing his feeling about Pakistan. In his comments he claimed to back Pakistan if it wars with US. These comments of his, stirred quite a controversy in the international media, even US law makers were stunned by this moment. However, if one watches with attention, he can fairly assume that Mr. Safi used his wits to corner somewhat emotional side of brotherhood of both nations. The comment was inevitable and just and not so intense that it can force 3 nations to change their foreign policies. Great expectations, hopes and fears are unnecessary to attach with this casual interview. At those moments he was seemingly more angry but loving brother, proposing a natural and emotional personal view, that can be called, to be on the safe side. However this cannot become basis of a complete U-turn of policies and strategies of all three stake holders (US, Pakistan and Afghanistan). This brings the far fetched happiness associated with the event to an unrealistic view.

What followed the event was quite interesting, both in international and national media. The international media showed a shock as did their governments. The US media was quite furious on watching their beloved dependent, betraying them while Pakistani people were going gaga on reunion of their long separated brother; based on the assumption that a war is going to be started and Af-Pak gonna-hit-US-together-in-the-balls type feeling. Quite a happy news, hmm!
Next day in a local interesting event unfolded when Mr. Hamid Mir, associated with the same media group that the interview as a vague attempt to hide facts. He was also of the view that Mr. Karzai is a liar and deceitful. In his column on a local newspaper, he unfortunately could not state his opinion in straight words and published a proverb that was quite discriminatory and offensive towards Pakhtuns. Many did not find that pleasant, the next day on the same pages, Mr. Safi went tit for tat and on the next day again Mr. Mir had to clarify his previous opinion that he did not mean to offend Pakhtuns, instead he was just showing the hatred that Tajiks posses against Pakhtuns, by giving a reference from a book. The funny thing is that a war of words has started out of nothing. Mr. Safi was also of the view that jealousy led Mr. Mir to become so offensive in his writing.
President Karzai in this interview presented his case in clear words that he belong to a sovereign nation and he is not dictated by any foreign influence. His positive inclination towards the historical brotherhood with Pakistan was, according to Mr. Safi, a thoughtful vision. Still, keeping the recent Afghan policies regarding Pakistan and a strict diplomatic stance against Pakistan’s role in War against Terror led US to believe in many things that did not go in the favor of later. Such a big claim in this chain of events was indeed a positive attitude to ease the tension between neighboring countries. The crux of Mr. Karzai’s talk was that it is time to admit that Afghanistan is a sovereign state and neighboring countries should take steps to ensure create an environment that could facilitate the establishment of stable democratic setup in the long-agonized country. 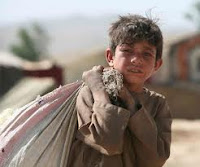 Pakistan has suffered a lot not only in this war but also suffered a huge collateral damage since 80’s in all aspects of stability, be it social, political or diplomatic. The aftershocks of these two wars can still be felt in Pakistan. In this time of distress, media should play a positive role instead of funny mongering and discrediting each other. There is also a need to take trust-building measures.
Nobody will be termed as afghan expert when the trust deficiency could not be fulfilled between the people of both countries. When NATO forces will be pulling out of Afghanistan around 2014, a stable Afghanistan will be a quite big asset. While in opposite case, the unstable neighbor will be a liability to the region. All three musketeers along-with their media need to ponder on this vision and should make strategies in the coming 2 years to help stabilize the region with a better future.

P.S. Thanks to Mr. Najmussaqib for providing reference materials.