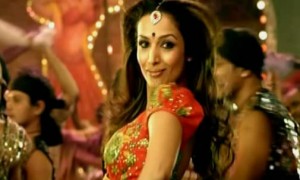 Today I was reminded of a story written by a female university colleague of ours, back in university time.

The story’s title was “Munni badnam hoi” and it was a narration of a  mother who enjoys her 3 years old son Abdullah singing this particular song and she does not stop her from doing this “immoral” act. Eventually at teenage, the boy turns into a real pain in a* for mother, and evolves into an indecent and stubborn guy, has a girlfriend, and go out with friends and does all the “immoral” activities he possibly has an access to. On this, a friend of the women tells her that it was because of the fact that she did not stop her from singing “Munni badnam hoi”. This lead him to become a nuisance and a sinful young man.
In comparison the writer states another story of a little girl whose mother teaches her how to say salam and properly cover her head and be religious and “moral” all the time and eventually this girl turns out to be an obedient girl at teenage.
Moral: Never listen to “Munni badnam hoi.”
I had had quite a debate with the writer that what matters are your teachings and education in a proper realistic and cultural context and kindly do not be hypocrite and be judgmental. Instead, try to be realistic and synchronize and educate your kids and make them analytical so that they could distinguish and acknowledge culturally or your specific morality based ideals, instead of cursing others and narrating stories of ignorance of society in a different context. It is the person him/herself and how he/she is groomed and educated, no matter which society he belongs to. According to a mentor and a friend Dr. Haider Shah, it is a stereotypical generalization. However, many people liked the story and shared it as well on facebook, some others even made a short film of that story. But, the problem is, is this a real problem or our analytical incapability to understand the origin of problem in proper realistic context. I was really surprised on the behavior of graduate and postgraduate students of the top university of Pakistan romanticizing and endorsing the story in complete state of denial and hypocrisy, when they themselves really loved the song actually. Why not like the same for your kids, what you like for yourselves?

1 thought on “Munni badnaam hoi (And the Munni gets accursed)”