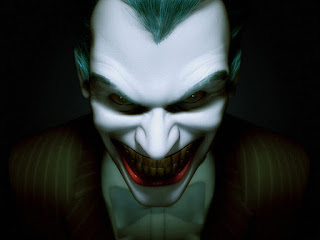 The volition is strongly enveloped in the name of past and future. The appraisal has been nullified. Looking into the eyes and the frown on the face of their masters that do not match the grin on their cold lips, the scapegoats could not remember the line of hamlet, “One may smile and smile, and be a villain..”
Like the Claudius who is addressed here; the most evil person who usurps his brother’s(hamlet’s father)  throne and remarries the king’s wife and hamlet’s mother, their masters sustain the same evil grin and usurps each others’ thrones and occupy each others’  possessions in an abhorring manner. The scapegoats are innocent and unaware of the frailty of their so-called guardian angels, the leaders. The difference is only one in the both scenarios, that the Kings in their system are as corrupt as the Claudius is.
“Do not, as some ungracious pastors do,
Show me the steep and thorny way to heaven,
Whiles, like a puff’d and reckless libertine,
Himself the primrose path of dalliance treads.
And recks not his own rede.”
The masters behave in the most distasteful manner, having the same deceitful evil smile on their faces faking their concern and affection. Their lies always heed the trust of the people embodied in silence. In need of a savior ghost who could make them aware of the agony they are inflected upon by, and which they don’t realize.
“And you, my sinews, grow not instant old,
But bear me stiffly up. Remember thee!”
The leaders, while their lips are curled into a wide clown-like curve, the rest of their faces remain so still that they betray their true emotions effectively than any other cruel gesture. The words from their mouths promising a great future seem like a prophecy long awaited to become true very soon, but the finesse of hiding their true face is always there. The speeches that are the hope of hopeless bringing dreams in their eyes are soon to be annihilated. The hopes are soon to be shattered. The agony that has become their destiny is soon to be dawned upon them once again.
“How weary, stale, flat, and unprofitable
Seem to me all the uses of this world.”
The ghost is there, trying to convince scapegoats of the fact that Claudius is again besetting them but they do not hear him. Their ears are filled with sweet lullabies, eyes could see only what their masters want them to see. The power of lashes do not let them see in the right direction. The ghost seems paranoid to them, a lunatic, a fake image and a distraction. Whatever he says is a conspiracy. They are ordered to bring him to their own court of justice if he calls their prophecies lies. For its the blasphemy to the sacred promises of the masters. And the blasphemers are always sentenced to death. They do not belong to them. The foe of their sacrosanct saviors deserve nothing but only a severe retribution.
“Ay, thou poor ghost, while memory holds a seat
In this distracted globe. Remember thee!”

Scapegoats are used once in the time of five winters and five summers, then they are left for keeping the evil spirit alive while they serve food made from their flesh, to their masters. The Claudius and the King feed from them equally term by term. One or other pervade them for a while, while the other waits for his time to come. The ghost keeps on crying and shouting but is always captured and sentenced in a guillotine in the middle of a square, right in front of the eyes of everyone on sacred orders. This is a necessary demeanor to ensure that no one among the “sane” scapegoats in the future may retaliate and die and become a ghost, a lunatic and a paranoid ghost, who believes that his conspiracy theories regarding the masters and the system are nothing except the truth. The ghost must meet his fate then.
“My hour is almost come
When I to sulphrous and tormenting flames
Must render up myself.”
Scapegoats remain haunted by the silence and the masters smile and smile and become villain.
P.S. A revolution without dance is not a revolution worth-having. “V for Vendetta”